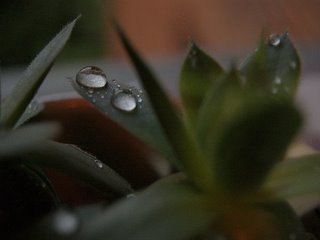 Well, it has been about 3 weeks since I have written anything in our blog. Lazy? Certainly. Busy? Yes. Crazy? Way. Happy? Huh? The “popular” gelato season has officially begun and we cannot stop making gelato. I say “popular” because we eat gelato and sorbetto all year long. How can we not?! Anyways, I just quit my software job and will now be dedicated to the the store full-time. YEAAAAAAAAH! This is something that we have been anxiously waiting for. The more I work with fresh fruits, the more obsessed I become with the idea of trying to capture the essence of the fruit inside the sorbettto. That is the ultimate goal of a sorbetto – if the bite of the fruit sorbetto is just as fresh and refreshing as the bite of the fresh fruit, then we have captured its’ muse, and that is who we are, muse hunters, making magic in every batch, everyday.
I actually think Violeta is growing jealous of the Blood Oranges. I can’t stop raving about them. This weekend we spun up our first batch of imported Sicilian Blood Oranges. Insane. Amazing. Heavenly. & so on. They are about twice the size of the California Blood Oranges that have finished for their season. While they were around, we watched, and ate, as they went from deep orange to the bruising blood red color and the italian imports are just now showing their first blood red pin stripes. We will have them all the way through their cycle and watch them evolve as we eat with the seasons. It is Glorious to be a part of. This weekend we also spun up Lime, Lemon with Basil, Ginger, Baccio, Cinnamon, Cashew, Kiwi, Tiramisu and on &amp; on & on. And peaches, nectarines, plums and apricots are on their way. Glorious it is and glorious it will be.
So, this is the reason that I have been in a bubble and have not written anything for awhile. Lazy. Busy. Crazy. Happy. Now that I am in the store full-time, I am sure I will have more time to sit down, relax and look at the reflection in the drops of water that I have just given to our plants. Be see’n you around.